Photo Credit: All About Birds 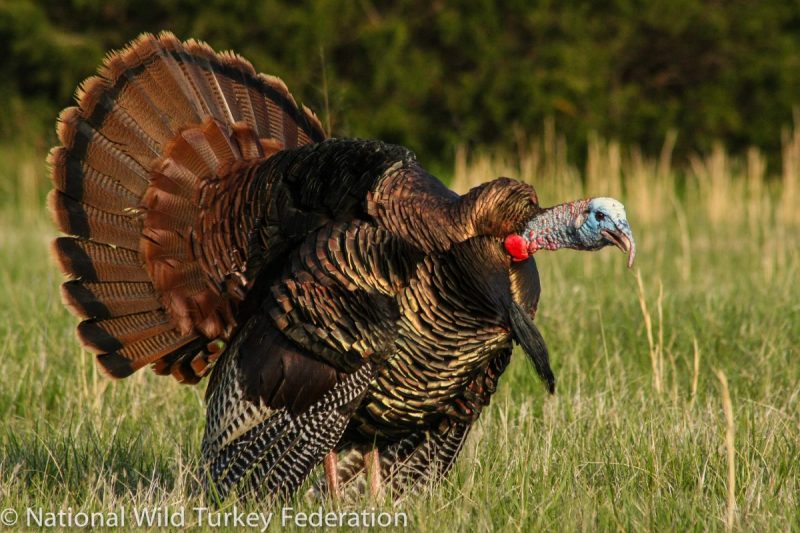 Eastern wild turkeys are the most populated turkey subspecies. They live in 38 states and are the most widely distributed. They have the strongest gobbles of any of the subspecies and the longest beards. Their tail feathers are a chestnut shade of brown. 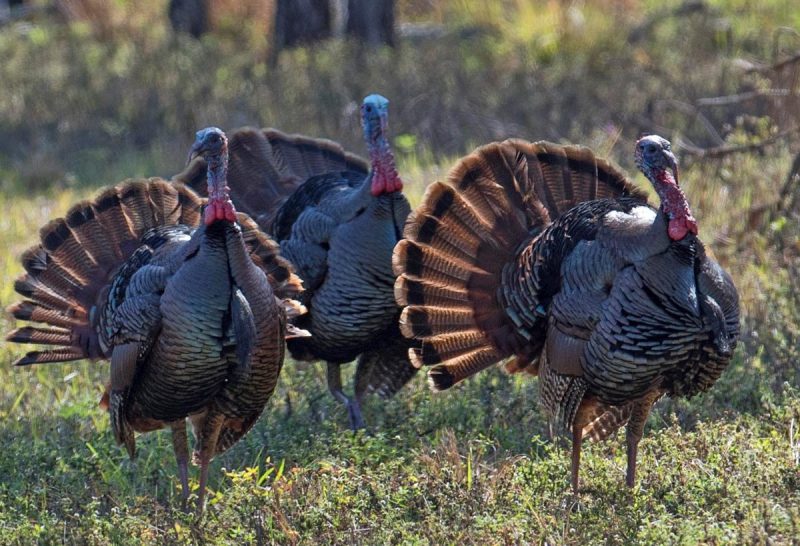 The Osceola wild turkey is only found in Florida and has very long spurs. They are considered the most difficult subspecies to call in, so that is something to keep in mind when hunting these birds. They can be found roosting among the moss in cypress trees positioned over swamps and ponds. Their tail feathers are dark brown.

Rio Grande wild turkeys are found in the desert areas of western states. They are average in most categories. Their roosts can often be found in trees that hang over a water source. Their tail feathers have a tan tip.

Merriam’s wild turkeys reside in the mountainous regions of the West with the majority of the population residing in the Rocky Mountains. They have the weakest gobbles of the subspecies. They also have the shortest beards and shortest spurs. The breast feathers are usually white-tipped.

These birds are only found in Arizona, New Mexico, and Mexico. They, like the Merriam’s wild turkey, prefer mountainous regions and tend to live in elevations between 4,500 and 6,500 feet above sea level here in the U.S. They have average gobbles, beards, and spurs. They have light-colored tail feathers.

You’ll have to go on a road trip to find the last of the six subspecies. The Ocellated turkey is found in the Yucatan Peninsula of Mexico, northern Belize, and the El Petén region of northern Guatemala. Their feathers have a sparkling, iridescent coloring. They give out a drumming sound before letting out a very high-pitched gobble. They have no beard at all and very long spurs. They are the smallest of the six subspecies, with adult males weighing in at 11-12 pounds and adult females weighing in at 6-7 pounds.

The other five subspecies all have weights clocking in somewhere between 18-30 for adult males and 8-12 pounds for adult females.

It’s beneficial to know what kind of turkeys you’ll be coming across in your area when you go out for your first hunt. Knowing the characteristics of the turkeys in your area can help you better prepare for the hunt. It’s also helpful to know how the turkeys you’re hunting are going to gobble and respond to calls.

What is your favorite type of turkey to hunt? Do you travel to hunt the turkeys you prefer? Let us know in the comments!

Select the fields to be shown. Others will be hidden. Drag and drop to rearrange the order.
Click outside to hide the compare bar
Compare
Scroll To Top
Loading Comments...
%d bloggers like this: